Graveyard with Ghost DJs
2am - 9am

Mary-Margaret wanted to find out what cannabis safety during rāhui looks like. Despite cannabis use being common across Aotearoa, clarity around safe use is often lacking. She speaks to Ben Birks of the Drug Foundation, about usage amid a pandemic.

I’m going to start with a really frank question – does the Drug Foundation consider it safe to keep smoking cannabis amid this pandemic?

Ben Birks: I think in terms of lock down, it’s not necessarily less safe at the moment to be doing it but we’re in a tiny bubble and the chances that we can be annoying to housemates that don’t want us to do that kind of stuff is a little bit higher and if we’re needing to break the bubble to be able to get access to pick up more cannabis and stuff like that then that’s going to come with increased chances of getting caught by the police, increased chances of not staying within our bubble and connecting with others which could increase the spread of Covid-19. Covid-19, it’s a respiratory disease, and we know that one of the most common ways to use cannabis is through smoking it, so that’s going to put strain on yur lungs as well which increases the chances that if you do catch Covid-19 that there’s going to be additional challenges or it will be harder to recover from. There’s also challenges around if there’s sharing of equipment, sharing of joints. I know that’s a big part of cannabis culture is passing the joint around but that also increases the chances of sharing Covid-19 around on spit. So, there’s some kind of specific things to do with the virus itself to consider if you’re choosing to use cannabis during this time. The other thing to keep in mind, if people are moving away from smoking to other methods like eating, is that any time we eat a substance it takes longer to have the effect on the brain and that means it’s harder to know how much we have taken. There’s an increased risk that people will take too much, and then that’s where eating things can sometimes result in unpleasant or unpredictable effects.

Dispensaries have been declared an essential service in states like California. What does that mean for places where legalisation has not occurred yet?

BB: We’re very aware that while we’ve got good laws at this stage in terms of police being able to apply discretion, we know that police are more likely to be stopping certain groups of our population. It may not necessarily be a change in the situation but the people who are more likely to have been caught out in that legal web carry increased risk at this time.

Taking those considerations that we mentioned on board, there will be a lot of regular cannabis users who bulk bought before we went into lock down, but there is uncertainty on the duration of this quarantine. So, is there a way to safely and responsibly buy cannabis during the lock down?

BB: There probably isn’t at this time. There are things that people could do to be SAFER about the purchase of cannabis and access of it at this time. It would still be an illegal purchase at this point in time so it won’t be entirely safe or entirely responsible if we’re taking the law into account.

Obviously those physical boundaries matter but other boundaries that are important within peoples smoking routines to maintain a healthy relationship with cannabis might look like time restraints or being out of the house and away from it. So, how worried are you that the lock down might jeopardise these kinds of boundaries, the more emotional and dependency ones?

BB: I think that’s a really good point and we’ve been speaking with people who are in that situation so we know within some households there are already arguments that are happening or increased tension where some of those usual protection stuff or safeguards that we’d have in place – things like we go to work during the day or we go to university and now they’re all in the same space together 24/7 and having to renegotiate what that looks like within their household and the ones who haven’t had that conversation yet are the ones that we’re hearing are getting into more arguments about that. The other thing kind of on an individual level that people can do is try to delay the first use of the day as long as possible. It means that where some of those safeguards were there or routines that meant they could control or moderate their weed use a little bit more, it puts some of that back in. The earlier that people start using the higher chance is that they’ll use much more throughout the day than they would do otherwise. And four weeks is a long time to be able to set up new patterns or new ways of living that can need to be adjusted after the lock down has finished.

It sounds like we can keep using provided we take new conditions into account and work around them. That can’t be done without us talking about it publicly. What does the difficulty look like when we have such a criminalised cultural approach to cannabis?

BB: I think that’s what we’re seeing more and more of. This referendum gives us the opportunity to uncover what is actually happening with cannabis in New Zealand and to have the conversations like you say that haven’t been or that have been difficult to have before. Because when we’ve only had a “drugs are bad, don’t do them” - that kind of reefer madness and “here is the terrors of cannabis” kind of approach - then it means that a large part of our community have the view that any drug use is problematic drug use. We know a lot of the time there is actually that spectrum, so, it’s not necessarily that any use is problematic drug use but it ranges from use that is relatively functional and causes no harm or low harm when it’s to do with cannabis all the way through to that’s all that somebody is doing or it moves into other drugs as well. I’ve been working in the drug and alcohol sector for many years now and some of the conversations that I have with people when they finally came in to a counselling service would be talking about well, that person over there was worse than I was so I never actually reflected on myself, where things were going, whether things were actually OK or not until it got to a point where it was really, really bad.

Now that we know that, this time might be an opportunity to reflect on our own usage and that it’s going healthily and comfortably and safely for them and everyone around them. If it starts to border on unsafe or more unhealthy, what services can they reach out to while in lock down?

BB: Try to be balanced if you do choose to use it. So, you’re not spending the entire day using cannabis and that there are other stuff that you’re still connected to. Different people, different activities and stuff like that, all within the constraints of being within one household. There are still good services out there – the Alcohol Drug Helpline and there’s a specific Pothub that looks a little bit further into how to make changes around cannabis use if it’s getting a little bit out of control. There’s groups like AA and NA that are doing online Zoom meetings. Other services like needle exchange services, not for cannabis but for other substances, those are still available at the moment.

Listen to the podcast here. 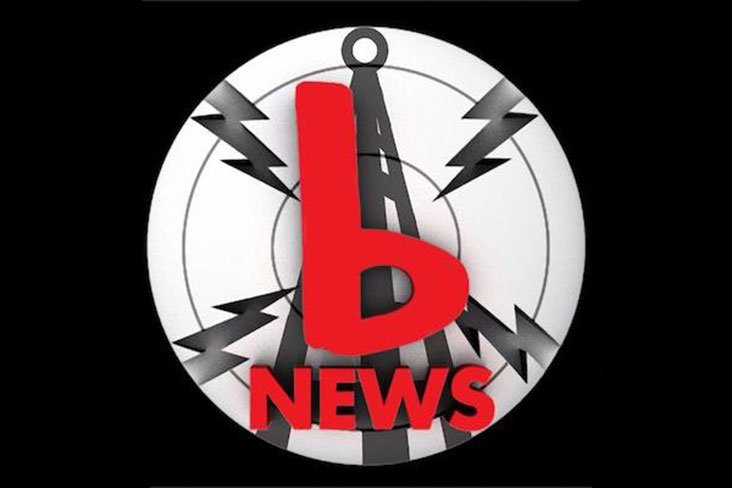