Union members at all eight New Zealand universities, including professors, will vote next week on possible strike action.

Academic and professional staff are seeking an 8% pay rise across the motu to match the increasing cost of living.

The Tertiary Education Union says the impact of Covid-19 is no longer an excuse for low pay offers.

Collective agreement negotiations have been going on since July.

In an email to staff released just after the stop work meeting, the University of Auckland stated that they are “aware of the financial pressures of the current economic environment and the impact of the cost of living increases on staff, particularly in Auckland”. 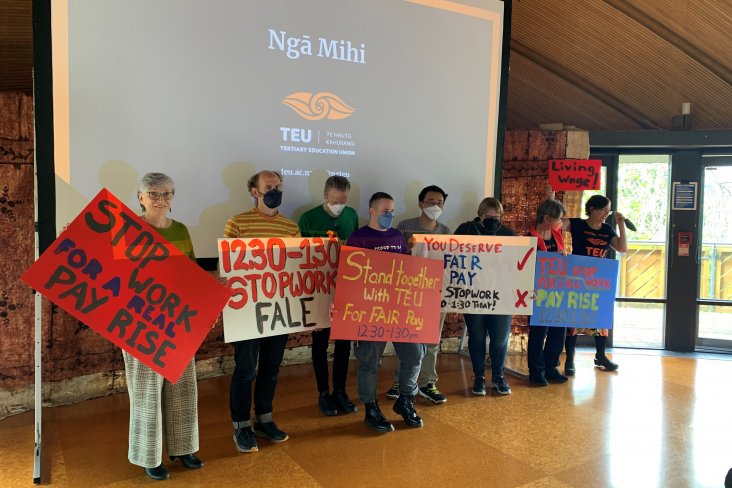