Executive Director of the Basement Theater, Cat Ruka, warns that if Auckland Mayor Wayne Brown’s proposed 2023/24 budget goes ahead, many events and public places will only be able to stay open by increasing their ticket prices dramatically. Photo by Ralph Brown.

Brown has planned $60m of cutbacks in the Auckland Council ‘s budget, including the discontinuation of regional contestable grants.

These grants support community events like Big Gay Out, Polyfest, and the Highland Games.

“After three years of dealing with Covid, it feels like the council is looking to grab the lowest hanging fruit and kick people who are already down.”

“All of these events and places that rely on this funding are actually what people need the most. The city is crumbling, it's visibly crumbling. And they want to take humanity out of it?”

Executive Director of the Basement Theater, Cat Ruka argues that in times of economic difficulty, the arts are always the first to go because the value of arts and culture is not always understood by the public and people in positions of power.

“Art is the thread which weaves parts of society together, and particularly in the rebuilding of our city after Covid, it has a really vital role to play,” says Ruka.

According to the Ministry for Culture & Heritage, in 2019, the arts and creative sector contributed $10.8 billion to Aotearoa’s GDP, and also provided 92,000 jobs.

Ruka warns that many events and public places will only be able to stay open by increasing their ticket prices dramatically.

“Aucklanders will have to pay for it, and these events will only be accessible to the wealthy.”

Ruka says we should continue to put pressure on our councilors to stand up for the arts.

“What we need to get really good at is being able to communicate the intrinsic, deep value that the arts play within society across a number of different areas, including our economy, the identity and vibrancy of our city, and our individual and community well being.”

Following public consultation early this year, a final budget will be announced on July 1, 2023. 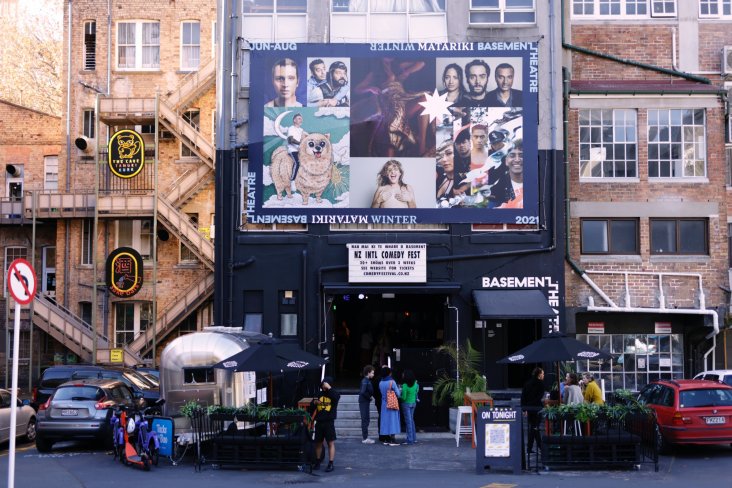