Ardern’s policy legacy and the way forward under Chippy

Listen to the interview with Geoffrey Miller

Jacinda Ardern’s (pictured, image courtesy of the NZ Labour Party) policy impacts have contained multitudes, garnering reactions from international and domestic forces. Stay tuned to The Wire this week for more analysis on different facets of Ardern’s leadership, the dynamics of her resignation, and commentary on the implications of the new leadership team.

With Jacinda Ardern’s resignation brings a close to a distinct policy era. Her well-defined leadership style of empathy and kindness brought about international attention, and a multitude of comparisons to other world leaders of the moment.

The major events of her leadership have been echoed many times over the last week. The Whakaari eruption, a global pandemic, and the Christchurch mosque attacks each brought their own challenges. One constant in her approach throughout was of course the message of leading with empathy.

Speaking to 95bFM’s The Wire, Geoffrey Miller (the Democracy Project’s geopolitical analyst) said that in his opinion, “the biggest single highlight was Jacinda Ardern’s compassionate response to the Christchurch mosque attacks in 2019- that really propelled her on the world stage.”

The immediate response to the mosque attacks is often what’s praised in discussions of the event- but Miller emphasises the long-lasting outcomes. The Christchurch Call initiative prompted discourse on how social media censors and engages with violent, extremist content.

That discourse has endured the test of time, and the initiative, which has partners such as Emmanuel Macron,The Global Community Engagement and Resilience Fund and Tech Against Terrorism, is still active.

In a similar vein of unusual levels of cooperation between international actors, Miller cites the APEC conference, hosted by Aotearoa in 2021; “she called a special virtual summit that included Xi Jingping, Joe Biden, Vladimir Putin all around the same virtual table, at least. [That] wasn't an easy thing to do back in July 2021.”

Miller recognises that in retrospect, this “didn’t solve anything”, however “we probably need more of that kind of diplomacy, that outreach, that dialogue and consensus-driven approach that Jacinda Ardern took.”

Her domestic policy evolved in tandem with the demands of the moment- campaigning on a platform of reducing child poverty, and finishing her tenure on more controversial projects, such as Three Waters and the proposed TVNZ and RNZ merger.

Tangible improvements on the child poverty front have been documented. The Annual Ministry of Social Development (MSD) Child Poverty Report of 2022 cites an improvement in child poverty measures during the pandemic as opposed to them rising sharply during the global financial crisis.

However, critics say there’s still more to be done. Professor Nikki Turner, health spokesperson for Child Poverty Action Group says “to date, progress is disappointing; there have been some genuine reductions overall in child poverty but progress is slow and the gap for our children in the most severe poverty remains large and an urgent issue”.

In terms of what the future holds as the new leadership team settles into their newfound roles, Miller doubts foreign policy changes are in store. “I think we're going to see a lot of continuity… because a lot of the groundwork has been laid by Jacinda Ardern.”

A trade-focused mission to China was promised by Ardern in late 2022, and Miller predicts Chris Hipkins will follow through; “he’s said that he will make travelling to China a high priority… that’s a significant point.”
Whilst foreign influence was something of a focus for Ardern, Hipkins has made it clear he’s looking at “bread and butter issues” in the lead-up to October 14th. Miller believes that “for most voters, that means domestic issues.”

While policies on paper appear to be remaining constant, Chris Hipkins will of course have his own leadership style, which is already coming to the fore. Aotearoa's "first ginger Prime Minister" has established himself as "a genuine boy from the Hutt." The coming months will likely hold more “big days” for the boy from the Hutt. 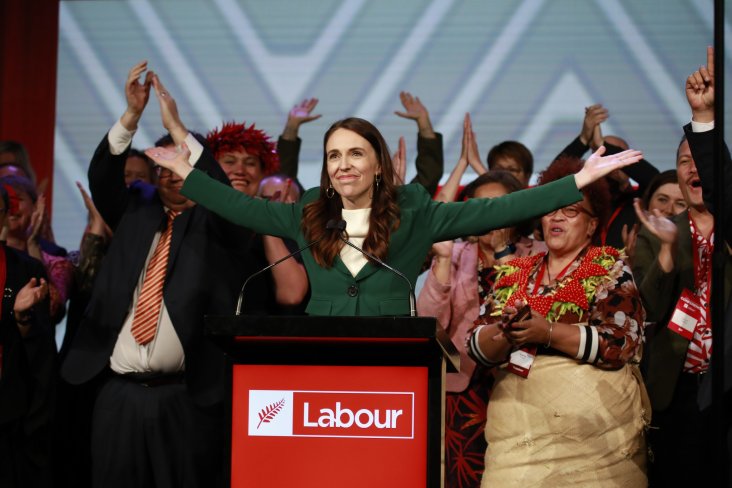