Listen to the full interview here

On Wednesday afternoon, employees at Stuff walked off the job to strike over inadequate pay.

E Tū union members at the news organisation picketed outside the news media organisations offices in Auckland, Wellington, and Hamilton, due to a stall in negotiations to renew their collective agreement.

“I’m hoping that we don’t have to strike for long, it actually kind of breaks my heart that we have to do this because I really like the work that I do. But the reality is, it’s getting harder to afford to live,” says a demonstrator.

Stella Huggins spoke to the union organiser for the event from E tū, Michael Gilchrist, about the movement.

Gilchrist says “We are starting with relatively low key action. Members of E tū at Stuff have taken the last 2 hours of their shift off work today, and we’ve done that in all the larger newsrooms.”

“I think we’ve pointed to a number of ways, Stuff journalists really are suffering from an increase to the cost of living and from a long history of very low payment. Journalists in New Zealand are generally low paid.”

Gilchrist points out that they just want a costing of living increase, which is vital to Stuff members who cannot afford to take a cut in pay.”

There was a stepped pay scale put on the table for the future, which claimed that on average, union members would get a pay increase of 7% to meet the rate of inflation.

However, Stuff’s unionised journalists were left unsatisfied, as it still did not meet the threshold of a living wage, as some were offered around 8%, while others were at 3.5%.

Gilchrist adds that Stuff's role in journalism is incredibly important in New Zealand and it needs more recognition as it’s crucial to our democracy.

“Journalists operate at a high ethical standard and they provide incredibly vital service to our democracy. We can’t function unless we have that information, and Stuff are a really central part of how we receive the information that we need on a daily basis,” says Gilchrist. 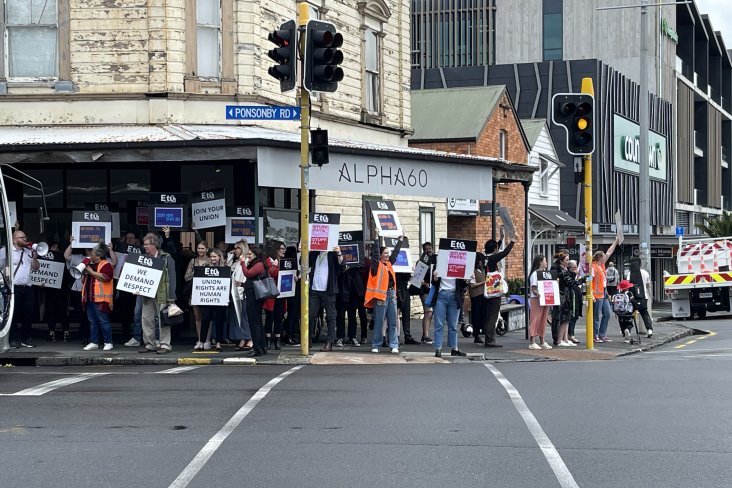