Kawhe in the Cosmic Egg with Paea
5am - 7am

The government has released their 2022 Wellbeing Budget Budget, showing how they will allocate $128.4b in spending.

A large $19b deficit is expected this year, with a return to surplus forecasted in 2024/2025. Unemployment is projected to remain at a record low.

Here's a rundown of the main issues the government is investing in this coming year.

The Government has allocated $814m for a temporary cost of living payment for 2.1 million New Zealanders.

People 18 and over will be eligible for a $350 payment unless they earn more than $70,000 a year or already receive the Winter Energy Payment.

The sum will be paid directly in three instalments of $116 on the first day of August, September and October.

There is no need to apply. For those eligible, payments will be made to the account linked with your IRD number.

Half price public transport will be subsidised for another two months through July and August, costing $132m.

New Zealanders who hold a community services card will continue to get half-price public transport permanently from mid-September.

$235m will be spent to continue fuel excise and road user charge reductions for a further two months.

$200m will go towards the first stages of light rail project in Tāmaki Makaurau.

$11m has been allocated to reducing grocery prices by introducing more competition.

The Government will push through legislation under urgency over the next few days to crack down on supermarkets using restrictive covenants to prevent competitors from accessing land to open new stores.

“This is a major first step in delivering on our commitment to ensuring New Zealanders get a fairer deal at the checkout,” Commerce and Consumer Affairs Minister David Clark said.

The 2022 budget includes Aotearoa's largest investment in health to date.

A record $11.1b will be dedicated to health system funding for the new national organisations, Health NZ and the Māori Health Authority, to take over the district health boards (DHBs) from July 1.

Pharmac will receive a $191m boost to ensure more medicines are available to more New Zealanders.

Emergency dental grants for low-income families will increase from $300 to $1000, in line with the Government's 2020 campaign promise.

Over $166m will fund ambulance services for four years, adding around 60 vehicles and 250 paramedics and frontline staff. Another $90.7m will replace ageing emergency aircraft with modern helicopters.

The in-school Mana Ake mental health and wellbeing programme that provides mental health support to primary and intermediate-aged kids in Canterbury has now received funding to expand to Northland, parts of Auckland and other areas.

$300m will go towards replacing the decile school funding system is being replaced with an equity index.

The decile system, which began in the 1990s, determines the amount of funding a school gets based on the socio-economic status of its students.

Funding of the equity index will still be based on the socio-economic status of students. But the equity index hopes to offer more targeted solutions to ensure students can attain an equitable education no matter what school they go to.

A $230m boost was previously announced for apprenticeships and support for Mana in Mahi and the Māori Trades and Training Fund.

The budget will provide $56m a year to pay for an expected increase in enrollment in the tertiary education sector next year and in 2024.

Establishing the Ministry for Disabled People

$108m will help establish the new Ministry for Disabled People.

Minister for disability services Carmel Sepuloni said this is a move towards "a whole-of-life approach to disability rather than viewing disability as a 'health issue'".

$327m will fund the new public media entity being formed out of TVNZ and RNZ.

$1.2m is going to the Broadcasting Standards Authority (BSA) over the next four years, and $4.4m is funding a new transmitter for RNZ Pacific.

$40m set out for Māori broadcasting, with other funding for Māori media to be announced next week.

The budget allocates $4.5b towards the Emissions Reduction Plan, which will fund New Zealand's effort to reach net-zero emissions by 2050.

The first Emissions Reduction Plan will spend $2.9b from the Emergency Response Fund, including a $569 million scrap and replace scheme to help low and middle-income New Zealanders swap their vehicle for an electric car.

A price on agricultural emissions will be introduced from 2025, and a curbside food waste collection service by 2030.

Whenua Māori entities will receive $162m to invest in Māori climate action and an equitable transition to a high wage, low emissions economy.

A $350m Affordable Housing Fund will be introduced to support the development of affordable homes for low-to-moderate income families.

The Warmer Kiwi Homes programme, which is part of the cooperation agreement with the Green Party, will now run for an extra year until the end of June 2024 to provide an additional 26,500 insulation and heating retrofits, helping to lower power bills for households.

$75m for homelessness programmes which focus on rangatahi and kaupapa Māori services.

A new Business Growth Fund to support small and medium sized enterprises (SMEs) to grow has been given $100m.

$13.7 million to implement the Government's commitment to delivering a historical account of the Dawn Raids.

The Government will introduce a rights-based approach to healthcare for Intersex young people, providing $699,000 a year for the first two years.

$589,000 annually until 2025 to improve access to primary health care services for transgender people. 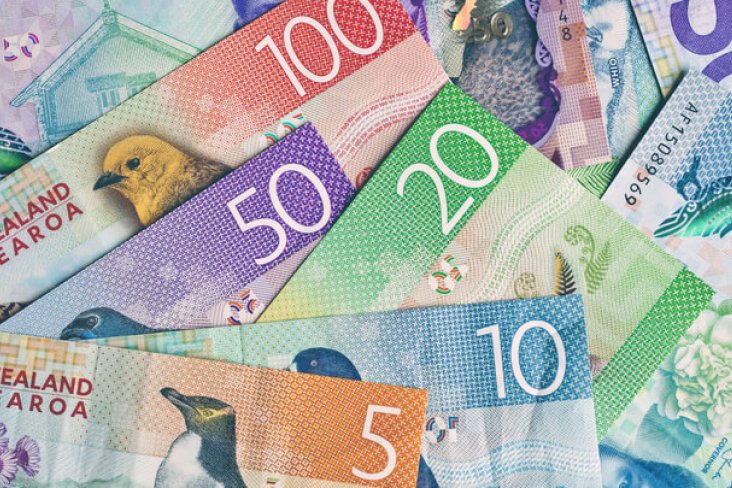